Home blog What Healthy Foods Should You Eat More Of?

What Healthy Foods Should You Eat More Of?

As I’ve pointed out on my Links page, I’m a big fan of the website Mark’s Daily Apple.  Mark Sisson has a way of breaking down all the Paleo/Primal lifestyle facets into easy-to-digest (pun completely and utterly intended) chunks and presenting them in a way that is light yet complete.  So when he posted his list of 10 Primal Foods You Aren’t Eating Enough Of, I jumped on it.  It’s not a particularly weird list or anything like that, in my opinion.  There are a couple of surprises, though, and I thought it’d be interesting to take a look at these healthy foods and comment. Apparently my fear of chicken livers may be unfounded if there are delicacies like yakitori chicken skewers out there.

Gotta admit, I didn’t care for seeing this one pop up there.  I remember when I was a kid, and mom would serve us chicken livers for dinner on occasion.  My siblings and I firmly recognized them as better than beef liver by a long shot, but only in the way that being kicked in the shin was better than being kicked somewhere higher.  Mom was kind and allowed us to put ketchup on them, which we pretty much did until they resembled something that is more commonly seen in the special effects from zombie movies these days.

I literally have not eaten a chicken liver since then, by choice.  I’ve had other organ meats and had no issue with them.  Beef heart and tripe are two that I’ve tried and actually enjoyed.  I’ve even done ground beef liver mixed into ground beef with burgers, and that was pretty good. So maybe it’s time to give chicken livers another try – especially if I was to fry them up with bacon or something similar to that.

Of course, that’ll never happen if my wife reads this (Hi, honey!).  She’s not a fan, either.

This one is easy – I’ve already increased my intake of these with the mixed nuts I get from the bulk  bins at Lucky’s market.  They have a blend that has no peanuts in it so that works out perfectly.  Love the uber-crunchiness of these little treats.  They’re not macadamias, but they’re still really good. 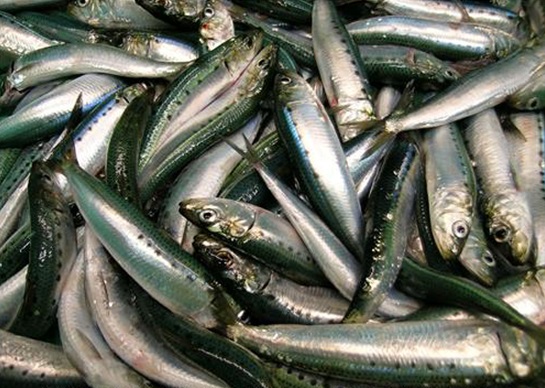 Sardines are delicious and much less overfished than things like tuna. Try some today!

Again, I have already done this one – though I should probably do it more often, sort of the point of the article.  I love me some sardines or kippers.  Costco has the King Oscar sardines in olive oil in a four pack and they are delish.

The other nice thing about these little darlings is that they are not overfished.  Lots of the bigger fish like tuna eat them but they are still very numerous.  They’re also very low in mercury (larger fish like tuna get higher in mercury due to the huge amounts of sardines they eat as that builds up. It’s pretty negligible with the amounts you get from sardines, and the selenium in the fish binds with the mercury and helps it pass through you without affecting you.  You’re helping the oceans and yourself at the same time!

This surprised me, as it’s basically a sugar product.  But this seems to be a processed food that is okay, probably because of how it’s processed.  That energy drink in the article that Sisson mentions is a pretty sweet idea, as the concept of “extreme physical pursuits” certainly seems to include our obstacle course races!  Gonna have to give that a try…

Again, with all the news about how EVOO (as we in the know, or rather those who abbreviate things to look like we’re in the know, call it) is okay for cooking, olive oil has made a great comeback in our house.  I also got a salad dressing mixer deal at a garage sale that lets me make my own quick vinaigrettes and keep them emulsified.  I think it’s a Pampered Chef model.

It may surprise you, but this is the one I liked seeing on this list the least.  I am not now, nor have I ever really ever been, a fan of fruit.  I totally get that berries are good for you, I’ve just never cared for them.  I’ve put them into smoothies and things like that before, and that’s okay, but the texture of most fruit is just not something I care for.  Frozen blueberries in a smoothie was pretty good, though.  Maybe I’ll have to try that again once in a while… perhaps with some blackstrap molasses!

Yes, please!  I love shellfish.  Throw me into a seafood restaurant and watch me to go town.  They’re healthy, they’re delicious, and I am more than happy to make them a regular. Kimchi is a spicy addition to your diet, and it’s awesome for the probiotic effects!

I never cared for sauerkraut or things like that as a kid.  We used to do ring bologna and sauerkraut as a meal occasionally growing up, and Dad would get offended when we kids would put ketchup on the bologna instead of mustard (I’m half German so Dad had a good point in that regard).  But the sauerkraut was all his.

I don’t know how I started to actually like the stuff, but I know that for some reason I was walking out of the organic market near my house (which is regrettably no longer there) and they had some local vendors with their wares out front.  One of them was Krazy Kraut.  And for some reason, I picked up a jar (probably because I had just bought some locally sourced hot dogs and the vendor talked me into it as the perfect accompaniment)… and loved it.  Not only did I love it, but so did my son (hey, the kid also loves kimchi so sauerkraut is more mild than that, right?) so we started to get into the habit of it.  I haven’t made any of my own yet, but plans for that are in the works.  I love the health benefits, obviously, but also the flavor – the Krazy Kraut comes in a few, including a curry one that is absolutely amazing.

And yes, I did mention kimchi above, which I tried because I was curious and it paid off… both my son and I love it.  (Side note: you should have seen the look on the face of the server at the Korean restaurant when he started to tuck into some of the stuff.  Apparently she’d never seen a non-Korean kid who could handle it.)

Other stuff I’ve tried includes kombucha and some other pickled veggies (like carrots and green beans).  I love how it makes me feel and how it regulates the innards.

Yeah, seaweed.  It’s the stuff that they use to wrap your sushi in…and it tastes surprisingly good. Again, living in a neighborhood with lots of organic food and Asian food stores, we can find good sea veggies in abundance.  I like Mark’s suggestion of tossing some kombu (a type of seaweed) into broth when you make it – a great way to get those veggies into you.  There are also seaweed snacks that you can buy, and are surprisingly tasty (and according to my daughter, awesome to gross your friends out with at school lunch if you bring them).  And there are also some soups (like this one, also from Mark’s site for Kombu Egg Soup) that are delicious, quick to make, and so healthy.

I’ve also tried some different drinks made with sea vegetables and those have been outstanding.  Sea vegetables are exceptional because of their ability to gather nutrients from the ocean, which is much less nutrient-deficient than our over-farmed land veggies tend to be.  Fill in some of those nutrient gaps with some seaweed!

So that’s the list.  I think it’d be fun to work some of these healthy foods into the rotation in our diet and see how they affect us positively.  And there are certainly some flavors here that aren’t the normal stuff, always a good thing to mix it up!

Let me know if you try some of these – what you think of them meal-wise and health-wise!  And please share this post around on your social media!