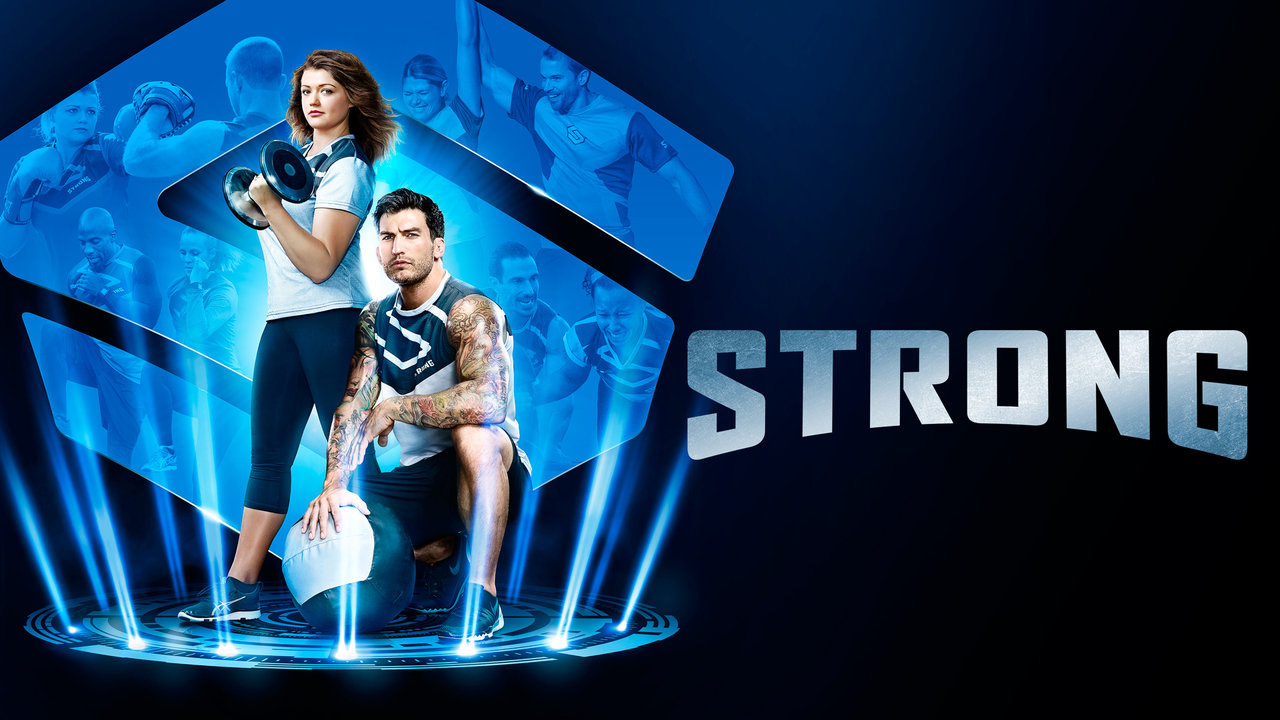 My wife and I caught a new television show last night that was just called Strong. It seemed pretty good – the contestants were ten women who wanted to lose weight, and ten trainers. Each contestant picked one of the trainers to…well…train them for the duration of the show, and the show was made up of their training efforts and the competitions they were going through to win the show. Also, the trainers were from varying methodologies – pro sports, Crossfit, movement-based training, cross-training, boxing, power-lifting, etc.

Sounds great so far, huh? I mean, a TV show that doesn’t focus on weight, but performance? This is exactly what television needs – a show that ignores weight and looks, and instead focuses on what these contestants can do with their bodies. It goes right back to what I was talking about in the second post ever on this blog.  And especially in an age where women are looking toward some Cosmopolitan-fed ideal of looking waifish, skinny, and frankly sick, it’s great to see a major network going after the idea of promoting strength among women.

So we continued watching, impressed with the idea! Yeah, there was some beefcake stuff going on – the trainers got to compete out of the gate in a contest where they smashed concrete blocks with a sledgehammer and then hoisted a 500-pound weight so that the contestants could pick out who looked the most fit (and naturally, they were all shirtless and properly oiled up).  That’s okay, in my book: nothing wrong with celebrating fit bodies.

Then… it all went into the toilet. Host Gabrielle Reece (yes, that Gabrielle Reece) explained the rules: each week the teams of trainer/contestant would go through a preliminary competition, and the losing team would be forced to go to the “Elimination Tower,” which was sort of a competition-based way of seeing who basically gets voted off the island. I started to grumble. I hate shows that do the whole Survivor rip-off thing, but at least this was competitive and not just a popularity contest.

Then the floor let out.

The team that WON the preliminary competition got to pick the team that the losing team would face in the “Elimination Tower.”  My interest plummeted immediately. The whole thing, in one moment, went from being a fantastic and empowering idea to another load of reality TV tripe.

Fitness legends like Jack Lalanne used TV to promote real health for years. Now…we have schlock like Strong on NBC

Here’s the problem I have with reality television: it’s not that the stories are fake; it’s not that it’s all just a huge game, for the most part; it’s not even that we all know that there are contestants who are inserted into the show to cause drama.  It’s that the drama is celebrated as the main feature of the show, even when the show could have fantastic messages for people.  Instead of viewers concentrating on celebrating just how strong, fit, and usefully mobile these contestants were becoming each week and cheering for their progress and the like, we’ll instead see them arguing over the politics of sending teams to the Elimination Tower.  Instead of cheering the contestants overcoming the challenges they face along the way, and how the trainers bring them up to become their best, we’ll hear talk about the stupid in-fighting between the contestants and trainers.

This show started off with such promise. One of the great things that’s happened recently in the fitness world is that women are truly discovering that they can be strong and truly fit without losing any of their femininity.  OCR, CrossFit, movement based workouts, shows like American Ninja Warrior, yoga, and other fantastic regimens and methodologies are showing that humans are capable of such great stuff. They’re showing strong people from all walks of life who’ve made pushing themselves to heights that people didn’t think were possible almost a norm.  They’re showing that we don’t have to take the decades of poor advice from health pundits who haven’t understood science and what the human body is capable of.

Let’s take a look at another reality television show that was on recently: My Diet Is Better Than Yours. This is the one I mentioned a couple months back with Abel James, from the Fat-Burning Man show podcast and website. This show was also a “get-back-in-shape” type of thing, but the idea here was that the contestants picked their trainers for a whole-life diet/exercise shake-up and then could “fire” them and pick a new one if a program wasn’t working for them.

While I didn’t so much care for the methodology they had to choose who “won” each week (weight loss as a percentage of total body weight, which doesn’t take into account things like muscle-building and blood test results and such), the idea was much better. There was hardly any in-fighting (with the exception of one contestant who fired one trainer and then quit the show in a diva-like fit) but rather a lot of portrayal of the contestants as human, helping them get over their insecurities with weight-loss, and also showing a whole bunch of great, motivational stuff about just how hard these folks had been working to lose weight (unsuccessfully to that point), and how a mindset/lifestyle adjustment was the real way to do the work. ALL the contestants lost a lot of weight on this show, and the reward was really for everyone involved – trainers and contestants alike.

It was motivational, heartwarming, full of great information that people could use, and more.

But now we have Strong, and instead of a television show that could become a capstone for the strength and health movement, we have another Survivor.  We’ve gone back in time, and not in a good way.

So, am I just crazy and persnickety? Or does anyone else feel the same way about this stuff? Share with us on the message boards!