Home blog How Sidewalk Running Improves Your Mind and Body

How Sidewalk Running Improves Your Mind and Body

A lot of OCR training comes down to making the most of what you have. We don’t all have the ability to run trails any time we want, or climb walls or ropes, crawl in the mud, etc. as part of our regular training regimens. Those things don’t exist in most domesticated environments (which is part of the reason that we, as creatures evolved to exist with nature, seek them out in obstacle course races and the like), so we have to make them for ourselves. And one place I’d really like to concentrate on that today is in reference to sidewalk running. Is this an unappreciated training tool?

Yeah, it seems like a little thing, but a mindset shift in the way we do our “cardio” can not only improve our movement ability, but also our mindfulness and the ability to be aware of your surroundings.

One thing I’ve mentioned in the past about how we should prepare for an OCR (and mistakes that have been made by people in this regard) is to run on trails as much as possible. #2 in the post just referenced had to do with “terrain running.” As I said there, I think it’s important to work ourselves in varied terrain because that’s what we’re going to encounter in a race, obviously. There aren’t too many OCRs that take place on flat ground (Spartan Stadium Series notwithstanding, and even those have tons of stairs climbs, ramps, etc.) so we need to prepare ourselves accordingly.

But one of the things you frequently hear from hard-core runners (those going after marathons and the like) is that they run in the street, or even worse on a treadmill, because they can “zone out” and just let the miles come while they plug in and listen to music, audiobooks, podcasts, etc. Sidewalks are less desirable to them because they have to pay attention too much. They could trip on cracks. They might not see people coming and run into them, or have to run around them on the grass or whatever. They might have to duck under tree branches because people don’t take care of their yards the way they’d like.

People who take this attitude about sidewalk running are missing a magnificent opportunity to work on a very real component of not only running an obstacle course race, but of living a pain-free and accident-free life.

This is possibly going to require a bit of a mindset shift, so bear with me here, because it goes back to the idea of making things harder for ourselves in order to make ourselves more resilient and eventually make things easier for ourselves.

First, let’s talk about the mental aspects of what something as simple as sidewalk running can do for you.

Just like our muscles, our minds get stronger and more resilient through use. That’s why creating good habits, for example, is such an important way to cause positive change in our lives – we start with something that we actively have to pay attention to for a while until it just comes naturally. And the harder the habit, the harder we have to work to make it “automatic.” But just like harder exercises creating the most results, the harder habits to learn actually make our minds more resilient.

So let’s talk about improving perception and awareness through frequent “exercise.”

When I was cycling regularly to work in my pre-picking-up-son-from-school days, one of the things that I quickly improved was my situational awareness – basically a sense of knowing what is going on around you and automatically being ready for whatever comes. There are drivers (and pedestrians, for that matter) who don’t pay attention to their surroundings properly. There’s trash on roads occasionally. There are cracks in the road that your tire can slip into or cause a flat.

And the first rule of safe cycling is to control your environment as much as possible. So I was constantly on the lookout around me for the problems listed above. I would ride six feet or more away from parked cars in case a door suddenly opened. I’d avoid riding too close to the curb in order to avoid trash and pedestrians stepping into the street, as well as to make myself more visible. I’d avoid listening to music while I rode because I could hear traffic better around me.

What dealing with these situations regularly did for me was to improve my situational awareness about what was going on around me immeasurably. I would find myself walking down the sidewalk downtown and naturally move away from the buildings when I was about to come to its edge or doorway, because someone might come out and not see me. I’d do the same thing at the end of an aisle in the supermarket, too. I’d see congestion points and start subconsciously plotting my route through them. I wrote about some of this stuff on my old bike commuting blog Carless Columbus back in 2010 and the points remain accurate. I still have that mindset when I move down the sidewalk – yet I hardly think about it as I’m doing it. It just comes naturally.

Sidewalk running has the potential to do the same thing. I know a ton of runners who run in the street because “it’s flatter” and they don’t have to worry about where their feet are going. But that is entirely the wrong attitude to have about not only the physical side of training, but the mental side. OCR training aside, running has the potential to not only help us with “cardio” or “aerobic training,” but also with the art of foot placement and terrain navigation.

When I run, I’m sort of lightly watching the sidewalk in front of me. I live in an older neighborhood, so there are parts of the sidewalk that are in less than great shape. There are cracks. Roots have grown under some of the sidewalk blocks. Some of the sidewalks that intersect with driveways have worn a lot because of the constant heavy weights going over them. There are branches that need to be ducked under. People are walking on the sidewalks and have to be negotiated around. Kids leave their bikes and toys on the sidewalk. All these are potential obstacles that we need to pay attention to when we train our bodies and minds.

Regular sidewalk running leads to more sure footing in all our ambulatory excursions. We’re less likely to stub our toes on furniture because we’re subconsciously putting our feet in safer places, and we are used to picking up our feet to the full height we need to avoid uneven pavement and such. And we avoid ankle turns and the like because we have more of an innate knowledge of how the ground is going to react to our footfalls. You’re not going to turn an ankle as readily if your foot is stable as you put it down.

What sidewalk running can do for you physically.

It simply should make sense that the more you do something, the more your muscles and tendons will strengthen to make that thing happen more easily. The entire concept of strength training should cement that in your mind – if you lift heavy weights regularly, your body is going to get better at lifting heavy weights. In the same way, if your ankles, knees, and feet spend more time supporting your body from various angles other than flat ground, they’re going to get stronger and more agile at doing that. One of the reasons trail runners have fewer injuries than street runners is that they varied ground they encounter gives them more opportunity to strengthen those stabilizer muscles in the feet, knees, and ankles.

And… as a bonus: while your mind is adjusting itself to the situational awareness aspect of your running, and your muscles and tendons are adjusting to the terrain changes, the communication in your body is improving due to a concept called proprioception.

Proprioception (/ˌproʊprioʊˈsɛpʃən, -priə-/ PRO-pree-o-SEP-shən), from Latin proprius, meaning “one’s own”, “individual,” and capio, capere, to take or grasp, is the sense of the relative position of neighbouring parts of the body and strength of effort being employed in movement.

Your feet have more nerve endings in them than any other part of your body, and there’s a very good reason for that: they’re are constantly responsible for you not falling on your face. They are constantly sending information to your brain about what you’re doing and where you’re standing or walking or running. That feedback is used for balance and safe movement throughout your environment. So the more you practice running on more varied surfaces, the better your body is going to get at interpreting the signals that your feet are sending about those surfaces as you hit them, and your ankles and knees will use that increased strength to help you avoid injury.

This is one of the reasons I’m such a fan of barefoot walking and minimalist shoes: the ability of your feet to sense what you’re walking on is increased because of the lack of cushioning there. You’ll frequently hear people talk about the increased proprioception they have in minimalist shoes. While people with massively padded or lugged shoes stumble through gravelly trails and terrain during a race, or turn their ankles, or what have you, I’m totally comfortable because of the better signals I’m receiving from my feet due to their closeness to the ground. 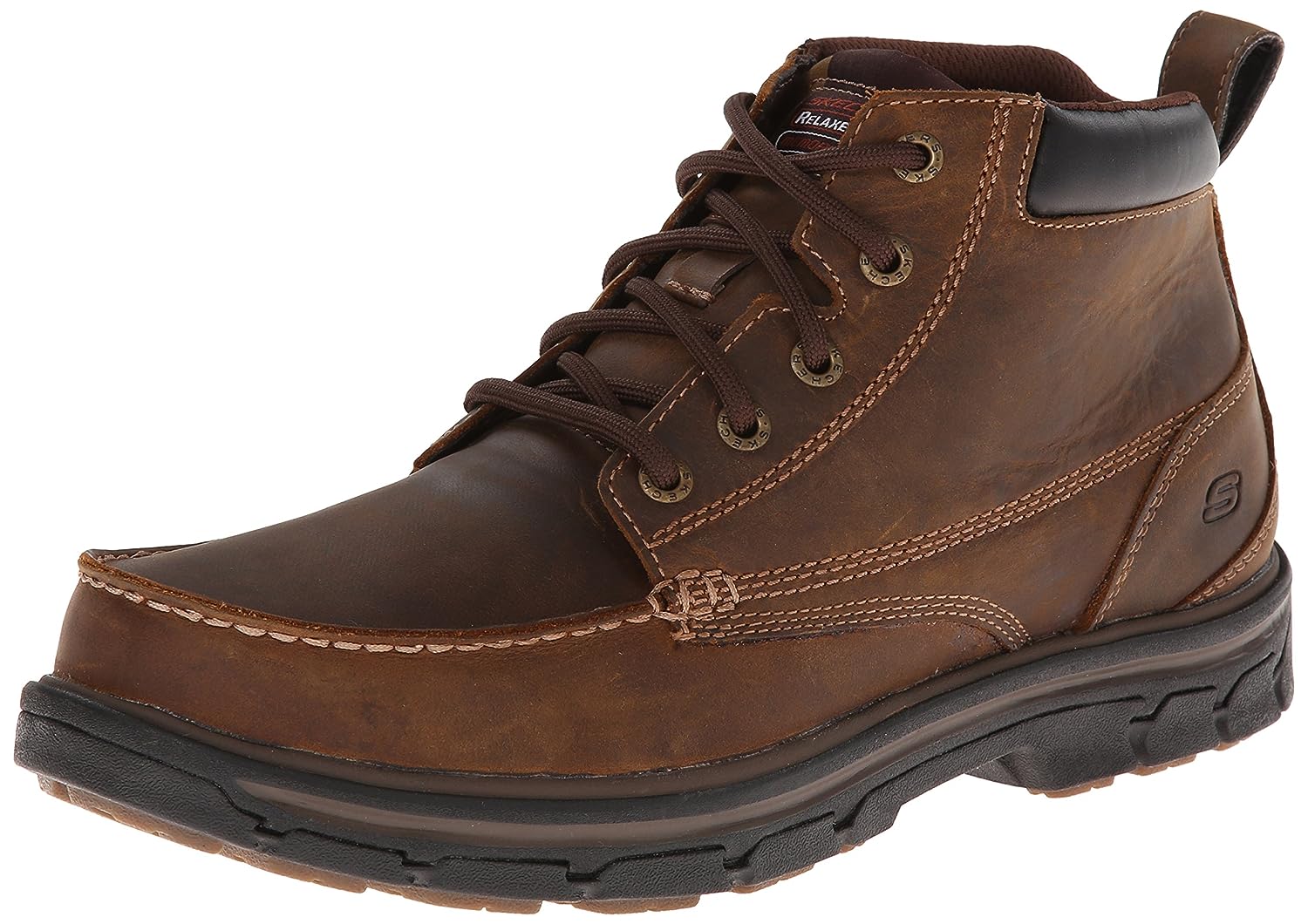 The kinds of shoes I used to wear, when my ankles were spraining frequently.

When I was playing soccer regularly, for example, I always wore ankle braces because my ankles would turn so much. I sprained my ankles playing soccer a LOT. And at the same time, my non-soccer/everyday shoes were frequently big-soled shoes like Skechers and such, meaning I wasn’t feeling the ground at all.

When I switched to minimalist shoes, that problem slowly vanished. I literally haven’t turned an ankle in years. (Please keep in mind the time it takes to properly adjust to wearing minimalist shoes full time, as I talk about in this post).

And it’s not just because of ankle strength and flexibility – it’s because I can feel the ground better and my brain knows how to adjust my footfall quickly to the terrain.

Yeah, most people just want to get the running portions of their workouts over with. But running can be an opportunity for so much more than just cardio and aerobic training – it can make our obstacle course racing stronger, safer, and more injury-free. And it can improve the rest of our lives, too – making us more mobile and aware while exercising our brain activity.

So if you have the opportunity to trail run regularly, do so. If you don’t, stay on the sidewalk.

How about you? Do you consciously choose to run on the sidewalk? Worried about it? Let’s discuss it on the message boards!